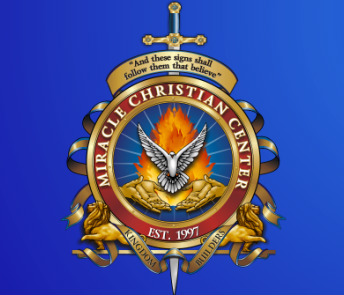 Miracle Christian Center is a thriving body of believers existing to love God with all their hearts and living their lives to glorify Him. The church is solidly founded upon the P.E.W.- Prayer, Evangelism, Worship and the Word of God.

From the church's origin in the Best Western Hotel to the American Legion Hall to the United Presbyterian Church to our present Jerusalem, 334 Fulton Avenue “A Miracle On Fulton” – all in Hempstead, NY this foundation has remained a constant.

Miracle Christian Center was birthed from a God breathed, life-changing vision given to our Founder, Dr. Phyllis Young in May of 1997. In that vision, she heard of the voice of Lord clearly commanding her to “Step Out Of The Boat” she could see herself preaching the word of God to a vast sea of humanity.

Sunday, June 1, 1997 marked the official beginning , that day she preached a powerful sermon, “I’d Rather Fight than Switch,” forty adults and ten children aligned themselves to what would be the beginning of the manifestation of prophecy- The birth of Miracle Christian Center, New York.

As the people were discipled, they joined her in ministering to the needs of the sick and wounded, souls were healed, delivered and set free. Many gathered weekly from far to near to experience the healing power and deliverance through the fervent prayer, powerful worship, relevant teaching and application of God’s Word. Dr. Young saw a vibrant congregation, composed of a multitude of believers, actively growing in Christ and fulfilling their God-given destinies. The mission of the church today remains driven by that 1997 vision.

Hundreds of people have been discipled to reach the world with the love and power of Jesus, thousands more are to follow. What began with fifty people has now grown to become the church home to more than two hundred and fifty plus members.

Miracle Christian Center has since its inception made various shapes and, taken on various dimensions. The vision was expanded with the mantle of Pastor being laid on her beloved son, Dr. David B. Gates on August 28, 2004. Miracle Christian Center affectionately called “MIRACLE New York ”; is continually growing into a Joshua generation. What has gotten us to this paramount juncture, Dr. David subscribes, Vision, Inspiration and Determination.

The intense love that Dr. David has for this church and for God's vision, can be felt by all who know him. The vision continues to manifest as the church reaches out to the world with the unconditional love of Jesus Christ.